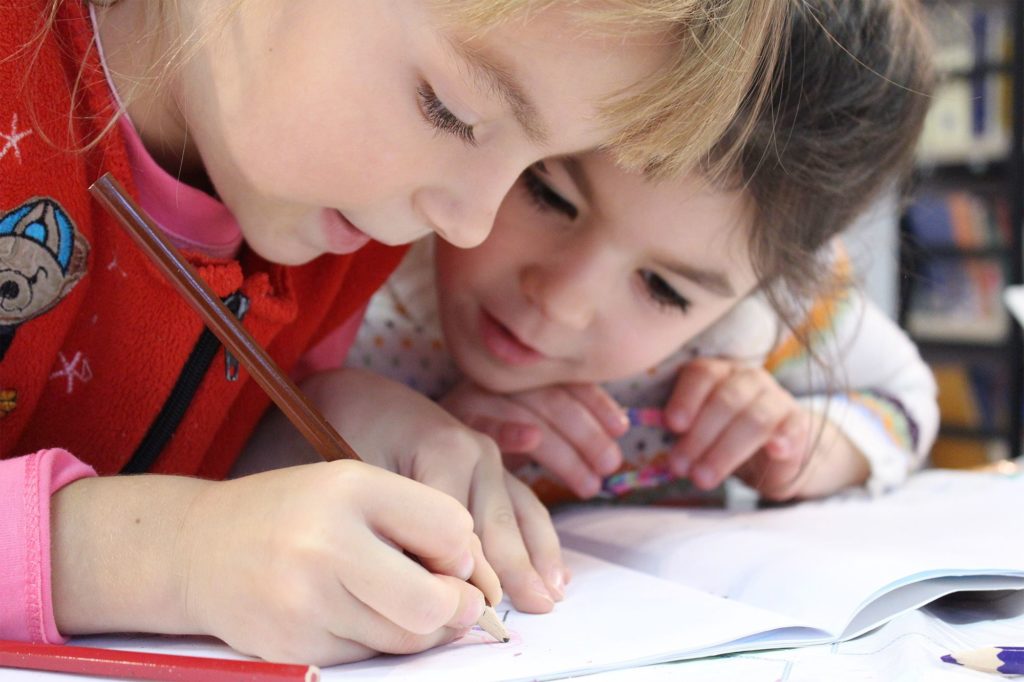 Texas is home to one of the largest education systems in the United States, supporting 5 million students, over 1,000 public school districts and 320,000 teachers. As a national leader in the spheres of public and private education, one that has emerged as a leader in the Southwest, the Lone Star State has become a popular destination for teachers who want to be on the frontlines of educational innovation, and especially those who want to teach second-language learners, who comprise a rising percentage of the state’s K-12 student population. Requirements for Teaching Licensure
in Texas

Scholarships for Future Educators in the State of Texas

A federal scholarship worth up to $4,000 per year for students who are currently completing or planning to complete a degree and teach in low-income areas or high-need subjects in the state of Texas.

Provides a scholarship worth $750 to ten Texas residents who have completed their college education, sre about the enter the classroom as professional educators for the first time, and need help paying for teaching licensure and classroom materials. Texas has a total of 30 education degree-granting institutions that provide online education degrees. These range from community colleges offering associates in early childhood development or human services, to nationally ranked universities that offer a wide spread of masters level and education endorsement-level programming. While future students may want to go to the “best” online institution in their state for education degrees, they should take some to double check what exact degrees are offered by their institution of choice at the directory of all online education degrees at the bottom of the page. To select the following top five universities, we’ve looked at two factors: the number of fully online education degrees offered by an institution, and an “academic prestige” score. The academic prestige score takes into account metrics such as average amount of financial need received, average class sizes, admissions standards, and the percentage of faculty holding terminal degrees in their field. Also note that the tuition numbers below are just indicators of relatively how expensive or affordable a college is. The tuition numbers below, specifically, are the in-state (where applicable) undergraduate yearlong tuition rates for education degrees. Many universities, however, have similar tuition rates at the undergraduate and graduate levels.

Founded in 1876, Texas A&M University is the only Texas institution of higher education to receive the distinction of being a land, sea, and space grant university. Located in College Station, A&M is home to one one of the largest and topmost ranking schools of education in the nation, the College of Education and Human Development, which places consistently among the Top 40 such schools in the nation and supports online programs for many of its degrees. As the state’s largest institution of higher learning, and one that consistently ranks among the Top 75 in the nation, Texas A&M enrolls greater than 60,000 students, over a quarter of which are graduate and professional students.

Texas A&M’s 11 online degree programs in education offer some of the best graduate degree programs in early childhood education in the United States. In addition to the more traditional master’s programs in Education, A&M’s Master of Science in Special Education is especially suited to students who want to start or advance careers in special and early childhood education, which might lead to advanced careers as Behavior Coaches, School Counselors, and Childhood Clinicians and Therapists. The M.Ed. or MS in Bilingual Education is sure to go a long way toward securing gainful employment as one of Texas’s high-demand second-language teachers. And of course, the education program’s two doctoral programs will undoubtedly increase both the job prospects and earning potential of early childhood educators who want to become leaders of their profession.

Established in 1923 as Texas Technological College, Texas Tech University is a public, research university located in Lubbock, Texas. Texas Tech is particularly known for being one of the largest institutions of higher learning in the state of Texas, as well as for hosting one of the ten best public art collections in the United States. Texas Tech University also ranks consistently among the top 200 National Universities in the United States, and a growing portion of Tech students attend online classes and earn online degrees.

Texas Tech University’s 11 online degrees in education offer some of the best graduate programs in early childhood education the state of Texas. In addition to the traditional master’s degrees in Education, which include emphases in Special Education and Principal Certification, Texas Tech’s M.S. in Family and Consumer Sciences Education offers an excellent path to pursue administrative and leadership roles in the early childhood education arena that may involve counseling families with how to prepare food for and optimally parent their children. The Doctor of Education in Educational Leadership or Doctor of Philosophy in Curriculum and Instruction for Teacher Education also offer unique opportunities for students who might like to pursue a terminal degree while teaching or working either full- or part-time. All of these options, and their attendant flexibilities, make Texas Tech University a perfect fit for busy working Texans who are looking to add another line to their educational résumés.

Founded in 1921 as a teacher’s college, Stephen F. Austin State University is a public university located in Nacogdoches, Texas. SFA is particularly known for being one of the largest independent public universities in the state of Texas, as well as for serving as the headquarters for the Association of Business Communication and the home of the National Center for Pharmaceutical Crops, which discovered the potential of a cancer-fighting agent in 2011. Stephen F. Austin State University also ranks consistently among the top 100 Regional Universities in the western area of the United States, and a growing portion of SFA students attend online classes and earn online degrees.

Stephen F. Austin State University’s 9 online degrees in education offer some of the best graduate programs in early childhood education the state of Texas. In addition to the traditional master’s degrees in Education and Teaching, which include emphases and certifications in Early Childhood – 12th Grade and Special Education, Stephen F. Austin’s Master of Education in Educational Leadership with a Principal Certification offers an excellent path to pursue administrative and leadership roles in the early childhood education arena. The Master of Music in Music Education and the Master of Education in Early Childhood Education also offer unique opportunities for students who might like to teach music and a thorough preparation for teaching children from birth to age eight while also teaching or working either full- or part-time. All of these options, and their attendant flexibilities, make Stephen F. Austin State University a perfect fit for busy working Texans who are looking to add another line to their educational résumés.

The University of St. Thomas’s 6 online degrees in education offer some of the best Catholic graduate programs in early childhood education the United States. In addition to the traditional master’s degrees in Education, which include emphases in Special Education and Dual Language Instruction, St. Thomas University’s unique Special Education programs in Early Childhood Special Education, Learning Disabilities, and Autism Spectrum Disorders offer highly specialized paths to pursue more administrative and leadership roles in teaching and caring for children with special educational needs. The master’s degrees in Curriculum and Instruction or Educational Leadership also offer great opportunities to train for leadership roles in a setting conducive to early childhood education. All of these options, their Catholic influence, and their attendant flexibilities, make St. Thomas University a perfect fit for busy working Texas Catholics who are looking to add another line to their educational résumés.

Sam Houston State University’s 9 online degrees related to early childhood education range from the master’s level to the doctoral level, and they include but are not limited to a Master of Education in Curriculum and Instruction, a Master of Education in Reading and Language Arts, as well as a Doctor of Education in Instructional Technology. In addition to these options, Sam Houston State University also offers highly specialized degrees such as the Master of Education in International Literacy and Doctor of Education in Developmental Education Administration, ideal programs for prospective school administrators who want to teach English as a second language abroad in an early childhood educational setting or develop and administer programs for underprepared students of math, reading, or writing. At less than $430 per credit hour for in-state graduate students, these degree programs are a best value for Texas residents.