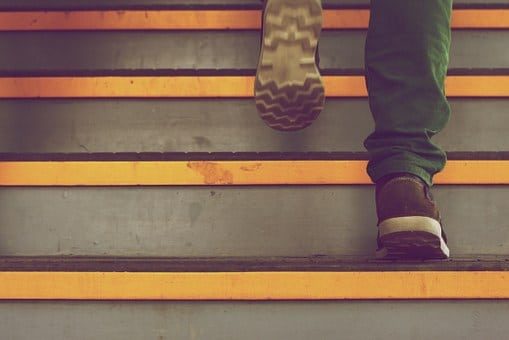 What is Applied Behavioral Analysis (ABA)?

ABA stands for Applied Behavior Analysis, which uses scientific techniques to modify behaviors. According to those who use it, the grandfather of these scientific principles is B.F. Skinner who employed these techniques on pigeons-teaching them to turn and peck when the words “turn” and “peck” appeared in their visual field. Were these pigeons reading? That we don’t know. What we do know is that Skinner used behavior modification techniques to teach the pigeons to make specific motions upon seeing the stimulus of these cue cards. According to Baer, Wolf, and Risley’s famous article released in 1968, applied behavior analysis is standardized only when practiced with the following seven essential elements:

Most practitioners of ABA assert that true ABA only applies to topics which are socially significant such as autism, substance abuse, physical rehabilitation, mental disorders, care and training of animals, educating, exercise, eating, and prevention of disease among others.

In short, ABA is actually just a method of learning new things, and achieving goals by applying a rewards (and punishment) system. If, for example, you want to lose weight, you could either “simply eat less” or you could:

You could blog about your experience or share your results on social media as a way to report and receiving further “positive reinforcement.” In essence, by doing this, you too are using ABA to modify your behaviors and achieve a goal.

What is reinforcement according to ABA? Reinforcement is anything that improves the likelihood that a behavior or action will increase. The word reinforcement is synonymous with “increase.”

What is punishment according to ABA?

What is positive according to ABA?

Positive according to the principles of ABA means an addition. Unlike feeling positive, ABA tends not to use language that involves emotional states or feelings.

What is negative according to ABA?

Negative, according to the principles of ABA means a removal.

Some examples of positive and negative reinforcement All of these are examples of positive reinforcement as in each example something was added (either an item, action or a phrase) and the likelihood that the previous behavior will be repeated or increase has gone up (been reinforced.)

In order to stop the phone from ringing all day, the public official declares that the road should be fixed.

In each example, the individual is avoiding an adverse stimulus to achieve some form of relief or continue a task. This is typically how negative reinforcement plays out in our daily lives.

In these instances something is added to decrease the likelihood of the event to either continue or reoccur. Notice in a couple of these moments the opportunity for some of these events to backfire. Is it possible the student can harbor anger towards their teacher? And is it possible for the dog to become aggressive after experiencing pain? This is why, in the case of ABA, punishment procedures are used less frequently and after other positive procedures have already been attempted.

What are the Seven Dimensions of ABA, and Why Are They Important?

Elements of the behavior intervention must be measurable

This is the proof that the intervention caused the desired effect. As in the case of the weightloss procedure we described above, the “diet and exercise” was the intervention.

Rather than using a “bag of tricks,” each step of the intervention is systematic and purposeful.

The intervention has to work!

The intervention has to work no matter what the setting.

The Seven Dimensions of ABA work together to create effective results that are reproducible in myriad of settings. One cannot exist without the other. The most overlooked dimension of ABA is arguably “generality.” After completing your weight loss procedure, did you likely forget to apply those principles during your vacation in Paris? When skills are not generalized to new settings, practitioners argue they are not taught. For example, have you ever house trained a puppy only to find your puppy is still peeing inside of someone else’s house? This is easily fixed when the behavior “pee outside” is taught to generalize. The puppy will soon learn that peeing outside is the only place to go.

The essence of ABA is actually quite simple: take something large and break it into smaller manageable chunks. With time and reinforcement or in some cases, punishment, a goal is then achieved.