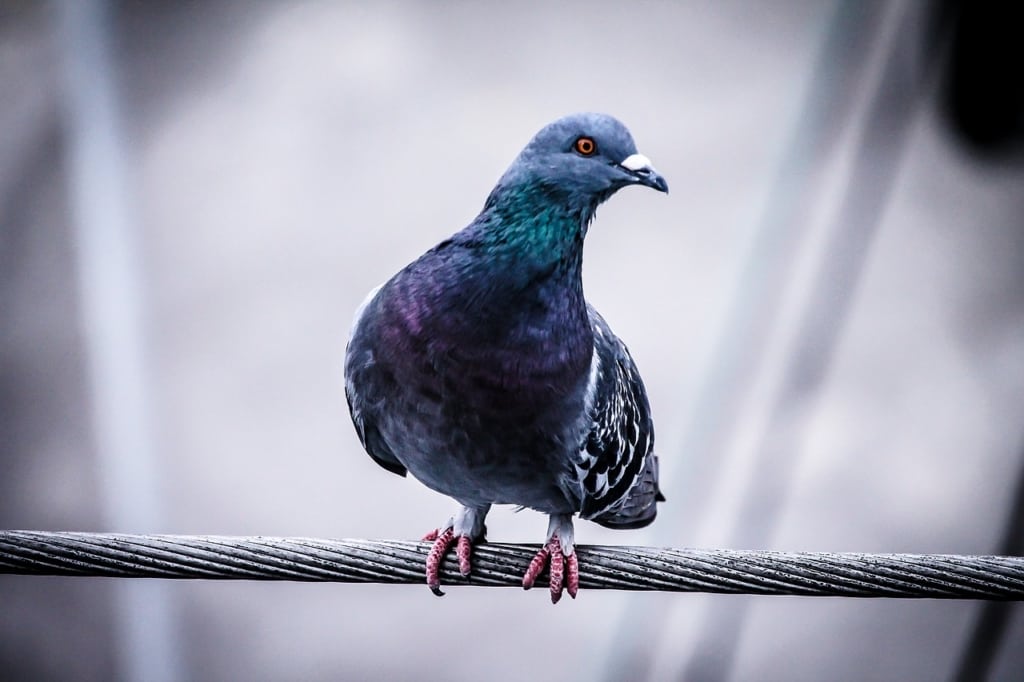 As we mentioned in our post that seeks to answer the question what is Applied Behavior Analysis? ABA is a systematic series of behavioral modifications prompts that shape and change behavior using precisely placed instances of reinforcement and punishment procedures. It is based on the science of human behavior.  This approach aims to break larger tasks down into smaller component parts.  These parts become teachable and manageable. These smaller component parts are often chained together to form a complete task. Other ABA treatment techniques include drilling target responses repetitively until meeting a mastery criterion.

Everything is documented, recorded, and modified based on data. In fact, ABA is extremely driven by data. Nothing is inferred and all behavior is defined by that which is observable. In fact, the grandfather of ABA, B.F. Skinner founded these principles when working with pigeons. He taught these naturally intelligent birds to turn and peck upon the stimulus of cue cards that said those very words which lead him to ask the question “Are These Pigeons Reading?” Reading would have been an inference. Turning and pecking would have been the clear observable behavior.

And then this theoretical practice was transferred to people. This is where controversy starts to creep in.

In the 1960s, a Norwegian-American clinical psychologist named Ivar Lovaas pioneered the use of ABA. He is known for developing discrete trial training (DTT) which some people call (incorrectly) table time. That being said, the two terms have become synonymous and often times much to the chagrin of modern practitioners of ABA. The term is strongly connected to inhumane punishment methods- namely, electric shock. DTT is essentially hours of drilling often times using flash cards, 3D manipulatives, and other stimuli to teach a skill. ABA is the most common “treatment” for autism and countless autistic people have experienced hours of DTT. In essence, these individuals also experienced the same type of drills the pigeons forwent decades earlier. Many autistic children are unable to speak up and say things like “I already know that.” or “I’m tired can I have a break?”  This leads us to our first con. Con: ABA May Not Be a Good Fit for Autistic People

ABA, often used to teach autistic people, is traditionally run at a table and 1:1 with an adult. As this is not the singular way in which humans generally interact, that 1:1 method has got a number of professionals and parents wondering if this is a natural way to teach communication or other skills for that matter. This is one of the ABA therapy cons.  Dr. Barry Prizant, author of Uniquely Human mentions in his article Treatment Options and Parent Choice: Is ABA the Only Way? that “Traditional ABA practice uses primarily adult child (one-to-one) teaching formats to the exclusion of social instruction in various social settings, and typically does not focus on the core social-communicative and relationship challenges faced by children with Autism Spectrum Disorder.” Furthermore, Ido Kedar illustrates in his book Ido in Autismland what it was like for him when subjected to these 1:1 drills. He describes it like being trapped inside of a silent prison- particularly without a true communication outlet.

For many autistic people, these drills may not be necessary and in fact, are eerily similar to the types of drills conducted on pigeons in the 1950s. That being said, some people question whether or not treating autism with ABA is even humane. We think, perhaps these individuals may not be aware of all of the positive changes the field has made to distance itself from Lovaasian cruelty. Still, check out this controversial decision made by ABAI (Association of Behavior Analysis International) just five years ago.  This ABAI controversy involved their decision to recognize the Judge Rotenberg Center in their 2015 annual conference.  The Judge Rotenberg Center has been condemned by the United Nations for their use of contingent electric shock on disabled students.

Autistic people don’t want to be treated as something to be “solved” or “figured out” and they certainly don’t want to be viewed as lab rats or lab pigeons. Many autistic self-advocates have ditched the puzzle piece symbol in favor of the infinity rainbow which is a symbol for neurodiversity. The counter argument of course is that ABA has evolved since the early days of Lovaas.  Numerous autistic people have learned essentials for living thanks to ABA. Which leads us to our first pro.

When parents initially receive the autism diagnosis, they want answers.  ABA comes skyrocketing to the top of the list with particular emphasis on accessibility. As we mentioned earlier, ABA is data-driven. In fact, every single time a skill is practiced is called a “trial” and each trial is tracked. Each program is tracked, and a mastery criterion is set.

Once a skill is mastered, that information is sent to insurance companies for review. These interventions are costly, and many other models (that are also evidence-based) may not have the funding to back them or are not covered by insurance. The bottom line is that insurance companies need to see that something is working in order to cover it.  ABA provides that data and has provided evidence of efficacy for years. When parents can’t pay out of pocket, the hope is that insurance will cover the costs. That’s one of the strongest Pros for ABA. Even Medicaid covers ABA making this method of therapy accessible to a wider number of people.

Once signed up for ABA, a number of ABA practitioners don’t recommend seeking out other forms of service providers which leads us to our next con.

Con: ABA Has Ethics that May Discourage the Use of Other Forms of Therapy The Behavior Analysts Certification Board (BACB) outlines a lengthy code of ethics for all ABA therapy practitioners. If you have a mixed therapy routine for your child that includes ABA, OT, and speech therapy, check with your BCBA (Board Certified Behavior Analyst) with regards to how or if the individuals on your child’s ABA team intend to work together with your child’s other therapists. All BCBAs are ethically bound to follow their codes, and the BACB is very strict. BCBAs could lose their license if any one of these codes or subsections are not followed to the letter.

How could these ethical considerations be one of the cons of ABA therapy?  Understand that a number of BCBAs feel uncomfortable recommending mixed modalities according to their philosophies for education. Mixed modalities, in their opinion, may interfere with their specific intervention, confuse a child, and in turn reverse all of their hard work. This ultimately leads to a compromise of their ethics which can lead to the BCBA refusing to treat your child. Before signing up for ABA services with your child, make sure you clarify your intentions during your initial consultation. You are your own child’s expert.

When thinking about the pros and cons of ABA therapy, it is important to consider how management the treatment actually is.  As we mentioned above, ABA breaks larger, sometimes seemingly impossible tasks, down into smaller manageable parts and chains them together to complete a task. Children learn essentials for living using these methods- including:

This is where the “is ABA ethical” argument comes head-to-head with itself. Without these skills children may always need a shadow to help them.  They may never feel a sense of accomplishment or the feeling of independence we all look forward to as a basic human dignity.  Some argue that ABA can be used to control a child’s behavior.  The counterargument is that parents already control a child’s behavior in terms of what they can and can’t do and what is acceptable within the household.

Autistic children are not the only individuals who benefit from learning how to break large tasks into smaller manageable chunks. Adults who aren’t autistic frequently do too. In fact, people who struggle with substance abuse, veterans who have lost their motor skills, and individuals with major depressive disorder among others can benefit by breaking skills into smaller more manageable parts.

In our article about ABA we discussed how a weight loss routine becomes more achievable when divided into smaller increments, planned and executed. But how could an individual addicted to a substance do this? Programs like Harm Reduction teach individuals how to take steps towards a healthier life. Veterans learn how to analyze their anxiety and PTSD and live in the moment by engaging in journaling, exercise and meditative practices. Adults with major depression dissect their thoughts one at a time to relearn new patterns of thinking.  They create daily manageable routines to help them live a more hopeful life. In fact, is applied behavior analysis perhaps a better option for adults without autism? That is left for debate.

Other Pros and Cons of ABA Therapy to Consider There are other ABA pros and cons to consider including:

Con: ABA does not use child developmental psychology

Con: ABA avoids discussing how a child is thinking or feeling as these “inner states” are not measurable.

Pro: ABA therapy is well-funded and continues to shape and grow with the times

Con: ABA claims to be only evidence-based solution for individuals with autism, which simply is not true. The SCERTS model is also evidence-based, developed by SLPs and child developmental psychologists but not as well-funded.

Pro: ABA therapy works to ensure your child “Fits in” in public schools

Con: ABA therapy discourages repetitive behaviors like stimming (as this is not what typical children do) and that can be stigmatizing to a community that is currently pushing for greater acceptance.

Times are changing, and more so than ever individuals are advocating for acceptance no matter their race, gender expression, or diverse neurological sensibilities. There are many ABA therapy pros and cons to consider.  Is it possible for ABA to continue to teach a diverse group of exceptional thinkers while being respectful of their unique abilities? Is it possible that time is up for ABA? Is it better to look to other modalities for learning?