When thinking of famous people with autism, individuals seem to gravitate towards deficits in their existence- their “peculiar” routines, repetitive physical behaviors, and discomfort in social situations. We want to highlight individuals for their assets, their genius, and for their contributions to the world. Many autistic people actually have incredible music skills, math and science abilities and other creative spike skills. Listing off just 10 people with autism is just that- listing off 10 people with autism. In fact, it is well-known that this spectrum disorder is filled with individuals as unique and distinct as anyone else. What sets these individuals apart is not their struggle, but their triumph.

One of the most famous adults with autism alive today is Temple Grandin. Temple works as an activist and advocate.  She is well known in agriculture for her contributions to the bovine industry. Grandin describes a type of sensory experience much like mental movies.  She was able to use her heightened sensory experience to see things from the perspective of a cow.

Early on, Temple learned to communicate her needs.  She became a very important voice for autistic people across the globe. Today, Grandin travels the world talking about autism acceptance.  She works hard to smash debilitating myths the general population may have about autism spectrum disorder. She encourages people to think about assets over impairments when considering the needs of autistic children in schools and autistic adults in employment. Her vision is simple: make space for all types of minds and do-ers including individuals with autism spectrum disorders (ASD).

“What would happen if the autism gene was eliminated from the gene pool? You would have a bunch of people standing around in a cave, chatting and socializing and not getting anything done,” – Dr. Temple Grandin

Emily Dickinson was a well-known American poet and wrote particularly unconventional poetry for her time. Unfortunately, it is often Dickinson’s difficulties that people write about when discussing her autism. She was in fact peculiar.  She never married and lived a more insular life. She also had epilepsy.

What was truly remarkable about Dickinson was the nature of her poetry. To say that it was unconventional would be an understatement. It was unconventional for the time, lacking in the tones and themes that were popular.  What was more unconventional about her work was the fact that she was a woman.  Did her insular life keep her safe from gendered stereotypes? Did her unique mind shield her from pressures to conform with her writing? Perhaps the most important question to ask is- is it because of her autism that we have the body of work we have now? It’s too late to ask her, but Dickinson would want us to keep asking regardless.  “The door should stay ajar,” she wrote. Perhaps she meant with regards to learning.  In respect to Dickinson and her autism, perhaps we should keep our doors open to learning about ASD.

John Elder Robison is currently a scholar in residence in the Department of Neurodiversity at the College of William and Mary. Before advocating for autism awareness, Robison lived his formative years unaware of his diagnosis.  He grew up in a family quite at odds with the world. It wasn’t until he was diagnosed with Asperger’s Syndrome at the age of 40 that he gained a better understanding of his childhood.

John Elder Robison wrote his famous memoir, Look Me in the Eye: My Life with Asperger’s, in 2007. Since then, Robison has become a strong autism advocate and speaker. He coordinates autism programs with government agencies including the US Department of Defense, US Department of Education and the Department of Social Security.

Robison continues to be present in research and underwent trans magnetic stimulation procedures to aid in his cognitive function. If you want to learn more about his life with Asperger’s Syndrome, read one of his many books.

Hollywood actress and advocate Daryl Hannah is perhaps best known for her roles in Splash, Blade Runner, and Kill Bill. However, as a child Hannah was diagnosed with a borderline form of autism. She spent much of her childhood alone.  She rocked herself to soothe her feelings. Her doctors recommended medication and even institutionalization.  Thankfully, her mother refused these recommendations.

Darryl Hannah is one of many successful people with autism working in Hollywood.  Hannah put her creative spike skills and rich imagination to use as an actress.  She enjoys life off the grid, surrounded by her animals.  Again, as with Dickinson, this begs the question: where would Hannah be without her autism? And would we ever have seen such an imaginative rendition of Pris? 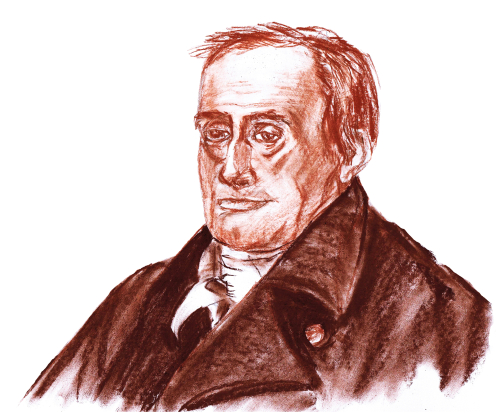 Richter’s Law of Reciprocal Proportions, Ohm’s Law, and Coulomb’s Law, and Charles’s Law of Gases could all be renamed to Cavendish’s Law. Because of Cavendish’s quiet nature and secretive behavior, none of those findings were published during his lifetime.

It is theorized that Henry Cavendish was autistic.  Many speculate that he would have been diagnosed with Asperger’s Syndrome. Though according to the recent diagnostic manual, Asperger’s is no longer an official term, many people with Asperger’s like to keep that label. Cavendish also discovered hydrogen- what he called “inflammable air,” and he figured out how to measure the density of the Earth.

Many individuals with Asperger’s have spike skills, work meticulously, and are often prolific. Many people with Asperger’s are not as vocal about their work as those who aren’t on the spectrum. Could this be why Cavendish didn’t find the urge to publish his work? It is possible, but today we can only theorize. 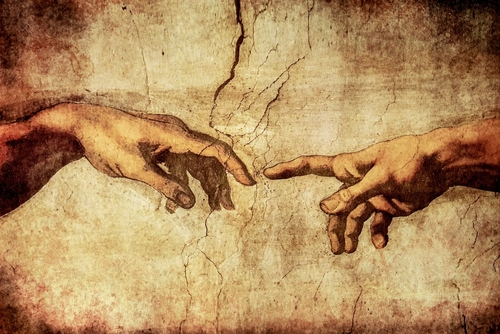 When people talk about autism spectrum disorder, there’s far too much stigmatic language attached behavioral traits. One behavioral trait that is regularly discussed with autism is repetitious behaviors. However, when learning to master a skill, repetition for hours is what makes a master.

Repetition was one of Michelangelo’s behaviors that was considered “peculiar.” In fact, Michelangelo was known to get frustrated without his repetitive routines.  Yes, this can be problematic- rigidity. However, would we have the Sistine Chapel if it weren’t for his tenacity and his ability to stick to a routine, focus on the details that make up anatomically accurate painting, and then of course paint for lengthy hours at a time on his back? Maybe seeing the world from an “upside down” perspective is what makes a genius. 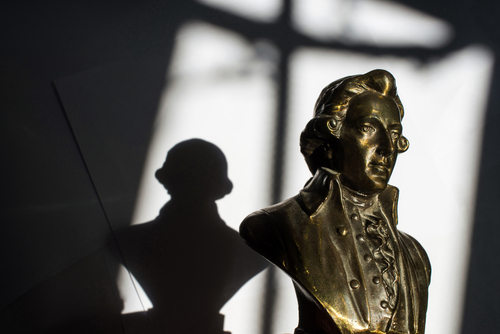 When we think of Wolfgang Amadeus Mozart, we think of his incredible gift of music.  Mozart may have also displayed symptoms of autism spectrum disorder.  He was extremely sensitive to sound and struggled with impulse control.  It is reported that he exhibited repetitive body motions and expressions and displayed echolalia.

Some speculate that Mozart actually had savant syndrome.  He was a child prodigy who was writing symphonies by age eight.  He was commissioned to write an opera by age 12.  By the time he passed away at age 35, he had written over 600 works of music.  His mathematical patterns, chord progressions, surprise endings, and goofiness are all what made Mozart’s work and his life stand out.  They are what made him unique. If Mozart had autism, those skills were just as much about his autism as his mood swings and echolalia.

Though maybe not yet famous the world over, Ido Kedar should be. His book, Ido in Autismland, discusses his journey as a person diagnosed with autism spectrum disorder. In fact, for the first half of his life, Ido lived in a silent prison.  He understood everything that was happening around him but was unable to communicate. He was subjected to repetitive drilling in isolation- a common method of treatment for people on the autism spectrum.

It wasn’t until he learned to communicate by typing that he revealed the truth. “I had no hope that my intelligence would be discovered,” writes Ido. He had to fight for his education and ended up graduating from high school with a 3.9 GPA. Ido With the ability to now type and communicate, he has literally written his way to freedom. Today, Ido works as a powerful advocate and seeks to educate others about nonverbal autism.

Known for his theory of relativity, Albert Einstein had an inexplicable and incredible mind. He was nodding off to sleep when his theory came to him in a dream, or so it is told. When Einstein was a little boy, he was nonverbal. In fact, Einstein did not develop language until he was 3 years old. Regardless, Einstein rapidly accelerated through school and began picking up on concepts far beyond his grade level.

Einstein, like many people with autism struggled some with relationships. Though married with children, he asked that his children not touch him- it made him uncomfortable. Einstein struggled socially. These are the types of hallmarks that people use when labeling someone with autism. But perhaps his mind wasn’t so inexplicable after all. Perhaps it is because of his autism that we have this incredible mind.

Stanley Kubrick is known for his visually inspiring films and tedious methodical ways of working. Kubrick spent nearly an entire year directing and perfecting his last film Eyes Wide Shut. By comparison, this is how long it took to film all three of the Lord of the Rings films (9 hours of film).

Kubrick insisted on repeated takes, perhaps to a level of perfectionism that was uncomfortable for his actors. Those who worked with him on his films describe a person who truly had a vision- and worked tediously and repetitiously until his vision unfolded. We have his autistic mind to thank for the opening of 2001: A Space Odyssey and the deeply intense moments in A Clockwork Orange.